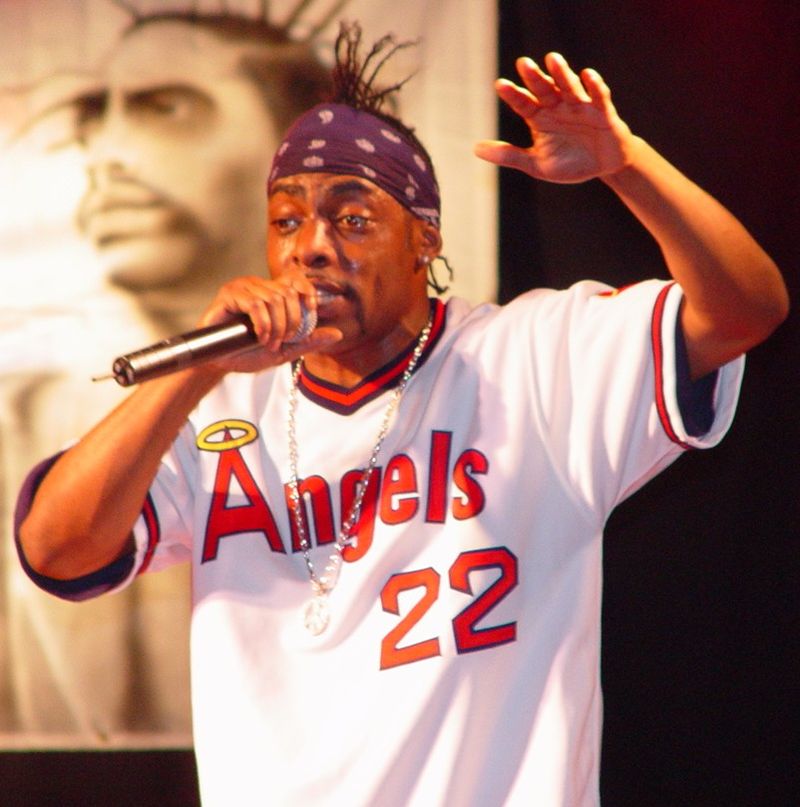 Gangsta’s Paradise is perhaps the most recognisable track by rapper Coolio. It was featured in the drama film Dangerous Minds. The music video starring Michelle Pfeiffer is now considered an iconic part of 90s pop culture.

The song lyrics are written in the first person and focus on a character who lives in an impoverished area. He talks about the violence he sees every day and the fact that he was raised to become a criminal. The chorus is a lament on the fact that communities such as his will blindly cause harm to themselves.

been given a life of its own and is now more recognisable than the actual film. Coolio still continues to perform it during his live tours. An acoustic version recently went viral.

The video has also been famously parodied by the comedian Weird Al Yankovic. Amish Paradise changes the lyrics so that the song is from the perspective of a satisfied member of the Amish community. This absurd premise is further reflected in the music video. Amish Paradise has had more than 60 million views online. However, this pales in comparison to the original Gangsta’s Paradise which has over 150 million views.